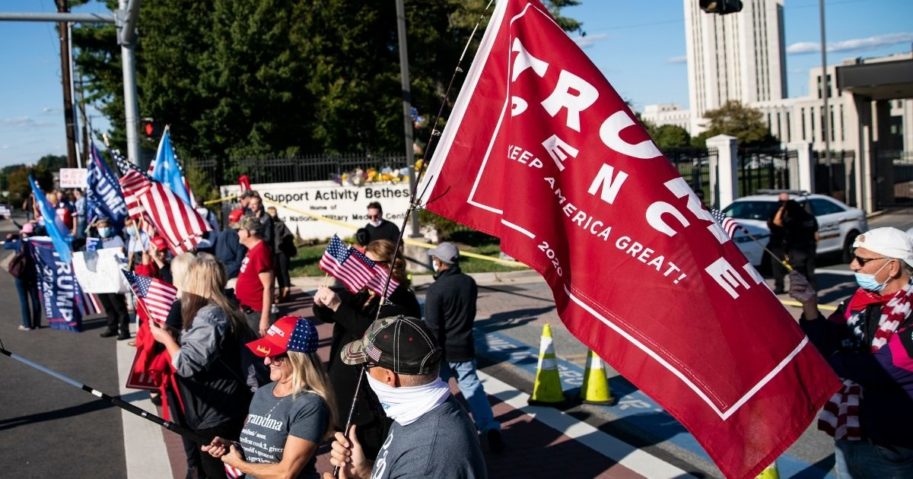 Americans prayed and marched Saturday to show their support for President Donald Trump.

Trump had been taken to Walter Reed National Medical Center on Friday after he and first lady Melania Trump tested positive for the coronavirus.

As a result, the Bethesda, Maryland, hospital was deluged with Trump supporters who came to show their support.

Many who participated in the gathering said it was time to get past political divisions and become unified behind the president.

“This is not about – it’s not about race. It’s not about your political affiliation, right, it’s about … being [patriotic]. We are all American. We are standing behind you,” one man told WRC-TV.

TRENDING: Trump Declares National Emergency After Scale of Our Dependence on China Comes to Light

“I think people should just put everything aside and just wish him better because coronavirus is a very dangerous virus and he’s an elderly man. So, everyone should just pray for his safety and pray that he makes it out of this safely,” another man said.

The gathering was a sea of red “Make America Great Again” items and the red white and blue of the American flag.

Thank you so much! https://t.co/UL6P5lRjZI

Saturday evening, the group FreedomWorks held a “Get Well Soon, Mr. President” prayer rally for Trump, according to Breitbart.

Peter Vicenzi, FreedomWorks Director of Communications, said the group was happy to show its support for the president, according to CBN.

“It means a lot to us. We need to really be there for the president. He’s made a difference in a lot of the activists’ lives. We want to make sure he knows that we’re there for him,” he said.