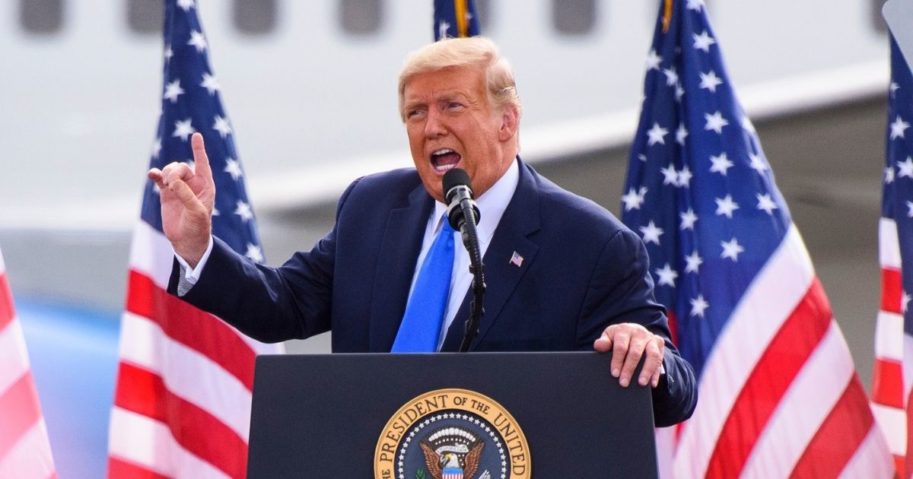 President Donald Trump shared on Thursday how he recently corrected a fan who lauded him as the “most famous person in the world,” telling the fan that Jesus Christ is more famous “and it’s not even close.”

“Somebody said to me the other day, ‘You’re the most famous person in the world by far,’” Trump said to a crowd of rally attendees in Greenville, North Carolina.

“Who’s more famous?” the person wondered, according to the president.

“I’m not taking any chances,” he added. “I’m not going to have an argument.”

“And let me look up and I’ll say it’s not even close.”

“Someone said to me the other day, ‘you’re the most famous person in the world by far.’ I said, ‘no I’m not’ … they said, ‘who’s more famous?’ I said, ‘Jesus Christ’” — Trump pic.twitter.com/KaGTYIHdxO

Trump also credited God, whom he referred to as “the boss,” with helping heal him from COVID-19.

Do you think President Trump will win re-election?

“We extend our best wishes, which is more than they did to me, but that’s okay,” Trump said of the Biden/Harris campaign team, though both Biden and Harris did tweet well wishes for a swift recovery.

“It’s a tricky thing,” the president said of COVID. “Masks. No masks. Everything. You can do all you want,” he explained.

“But you know, you still need help from the boss,” Trump said putting hand to his chest, then pointing to the sky.

“That’s what happened. Yeah, we need help. It’s alright to say it.”

“You still need help from the boss.

“You need help from the boss. We need help. Right?

On Saturday, at his first campaign speech since recovering from COVID, Trump thanked those gathered on the South Lawn of the White House for praying for him and first lady Melania Trump.

.@realDonaldTrump thanks Americans for their prayers after his COVID-19 diagnosis. pic.twitter.com/vqrWlxJRLP

“I want to thank all of you for your prayers,” the president said. “I know you’ve been praying. I was in that hospital. I was watching down over so many people” who had gathered outside in support.

“On behalf of myself and the first lady, there just has been really and incredible outpouring.”