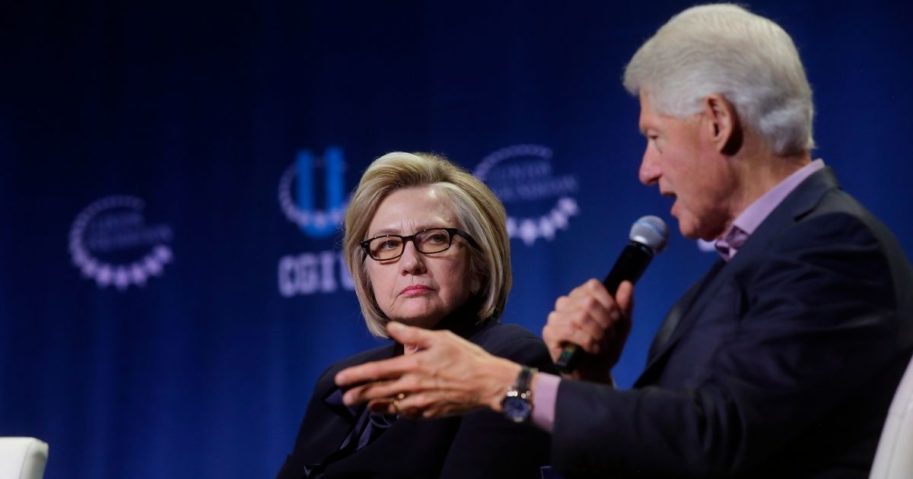 U.S. Attorney John Durham, who has been investigating the infamous Russia investigation, is also looking into the FBI’s handling of its probe into the Clinton Foundation, according to a new report.

People “briefed on the investigation” told The Times that Durham’s approach was “highly unusual.”

The paper noted that based on what it could learn about Durham’s examination of the investigation into the Clinton Foundation, “the scope of his review is broader than previously known.”

Despite the fact that it was unclear why Durham was examining the investigation, the Clinton Foundation was critical of his actions.

“The Clinton Foundation has regularly been subjected to baseless, politically motivated allegations, and time after time these allegations have been proven false,” the foundation said in a statement.

In the past, some have claimed that the FBI did not treat investigations regarding former Secretary of State Hillary Clinton and former President Bill Clinton with the same level of intensity as those involving President Donald Trump.

“There was a clear double standard by the Department of Justice and FBI when it came to the Trump and Clinton campaigns in 2016,” Republican Sen. Lindsey Graham of South Carolina said in an August statement.

Do you think the Clinton Foundation was corrupt?

The Clinton Foundation probe centered on the issue of whether donations to the foundation were a form of payments to secure access to one or the other of the Clintons. No charges have ever been filed.

“Top officials in Justice Department criminal division denied a request in 2016 from senior F.B.I. managers in Washington to secure a subpoena, determining that the bureau lacked a sufficient basis for it and that the book had a political agenda, former officials said. Some prosecutors at the time felt [Peter Schweizer’s book “Clinton Cash”] had been discredited,” The Times reported.

Other officials, however, felt there was a strong case.

Fox News reported that Durham has revived an investigation that sputtered and faded and was conducted by U.S. Attorney John Huber of Utah.

In a June tweet, Trump vented his displeasure with the lack of results from Huber’s probe.

“[T]he real @JohnWHuber did absolutely NOTHING. He was a garbage disposal unit for important documents & then, tap, tap, tap, just drag it along & run out of time. A.G. Jeff Sessions was played like a drum!” Trump tweeted.

Undercover Huber is a great spoof, funny, but at the same time sad, because the real @JohnWHuber did absolutely NOTHING. He was a garbage disposal unit for important documents & then, tap, tap, tap, just drag it along & run out of time. A.G. Jeff Sessions was played like a drum!

“There are folks that are aware of the fact that Huber has not done much, and there has been criticism at the Justice Department and the White House,” Fox’s source said.

“Folks that have been concerned about what he did or didn’t do, and many of them feel that Huber did not dig deep enough or work hard enough.”

According to the source, many in the White House and at the DOJ are “very concerned about why there hadn’t been more done.”

Why Germany's coronavirus strategy might come back to haunt it

Why Germany's coronavirus strategy might come back to haunt it

Kevin O’Leary says election pollsters are ‘irrelevant’ and ‘do not know...