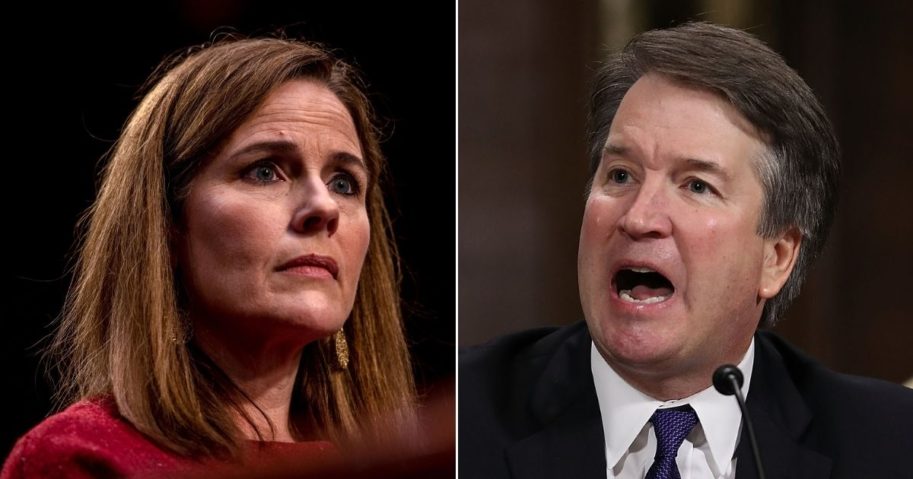 It only took Democrats two days into the confirmation hearings of Judge Amy Coney Barrett to bring up the subject of sexual assault on Tuesday.

Democrats of course paraded around an unreliable accuser in Christine Blasey Ford during the confirmation hearings of Justice Brett Kavanaugh in 2018.

Ford, with a hazy memory, no corroborative evidence and the backing of the entire establishment media, Hollywood and Democrats, accused Kavanaugh of sexual improprieties while he was in high school.

On top of offering nothing more than a vague story about Kavanaugh being an alleged teen predator, Ford helped Democrats turn the confirmation into a circus.

Kavanaugh went on to be confirmed, but not until after his name and family were dragged through the mud.

The saga was outlandish and really hurt Democrats, and they know that.

Barrett is a woman, so naturally, sexual assault allegations would be taken off of the Senate Democrats’ Supreme Court nominee accusation bingo card, you’d think.

That assumption would be wrong.

Democrats have thrown a lot at Barrett in two days, but she’s a calm, intelligent and bright young woman of moral fortitude.

Still, Sen. Mazie Hirono of Hawaii proved Tuesday afternoon that Democrats have absolutely no shame or dignity when she dragged the proceeding into the gutter.

Sen. Mazie Hirono asks ACB “since you became a legal adult, have you ever made unwanted requests for sexual favors or committed any verbal or physical harassment or assault of a sexual nature?” pic.twitter.com/6JgLkoIXIF

“I ask each nominee … since you became a legal adult, have you ever made unwanted requests for sexual favors or committed any verbal or physical harassment or assault of a sexual nature?” Hirono asked.

Hirono added, “Have you ever faced discipline or entered into a settlement related to this kind of comment?”

What a disgraceful question.

Do Senate Democrats know that Barrett is a mother of seven and a devout Catholic?

Of course they do, but they’re growing desperate in their search for an opportunity to smear her.

That question was unbecoming of a sitting U.S. senator, and was only asked to make Barrett uncomfortable.

Someone should ask Hirono that question.

While they’re at it, maybe they could ask every Democrat in both the House and Senate the very same question.

Bomb Squad Activated After Disturbing Discovery Is Made Amid Philadelphia Riots