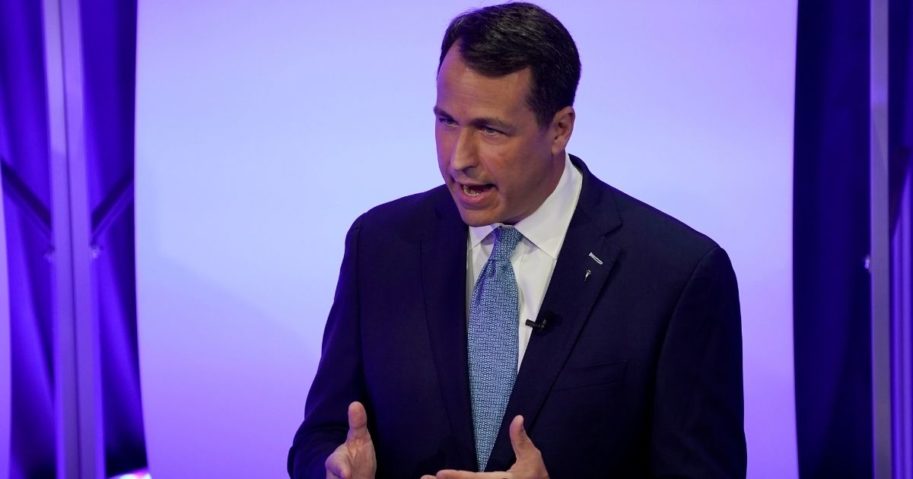 Cunningham’s candidacy was rocked first by his admission that he sent inappropriate text messages to California public relations strategist Arlene Guzman Todd and then by her revelation that the two had shared an intimate encounter.

Cunningham, who has kept a low profile since the scandal broke, has apologized “for the hurt I have caused in my personal life,” but he has not said whether Guzman Todd’s allegation regarding an intimate encounter is true, according to WRAL-TV.

On Friday, when the media had the chance to ask questions during a virtual news conference — Cunningham’s first news conference since the scandal broke — he deflected questions about Guzman Todd and whether there were other women in his past.

“I have taken responsibility for the hurt that I’ve caused in my personal life. I’ve apologized for it,” he said.

“This campaign is about more than just me,” Cunningham added. “North Carolinians are looking for somebody who’s going to take on the monumental challenges in front of us.”

Cunningham was asked four times about whether allegations regarding more women could surface, WBTV reported, and did not directly answer at any time.

“Let me very clear, I’m hearing from North Carolinians that are telling me in no uncertain terms that they want their Senate candidate talking about issues,” he said. “People are tired of hearing about personal issues. They want somebody focused on them. They want somebody who’s going to be a champion for the things that matter in their lives.”

MUST WATCH: Cal refused not ONCE, not TWICE, not THREE TIMES, but FOUR TIMES to answer how many affairs he’s had.

“He wants to talk about this rather than his failed record,” he said. “What North Carolinians want is a Senate candidate and a senator who will focus on their issues.”

The Tillis campaign said the evasion was telling.

“Cal Cunningham’s refusal to answer questions makes him unfit for office,” Tillis campaign manager Luke Blanchat said in a statement. “North Carolinians deserve a full explanation from Cunningham on his misconduct, which he is clearly unwilling to provide.”

This week, Fox News published some texts between Cunnigham and Guzman Todd.

“Hey!! And you are historically sexy,” Cunningham texted. “Every day and night.”

“When can I see you? I want to kiss you,” Guzman Todd wrote.

“And I kiss back,” Cunningham replied. “A lot.”

“Get away for a night soon,” she said in one text. “The longer we wait the crazier fall schedules will get. In the spirit of the ‘I like what I like’ quote on your adorable video, I operate under the ‘I want what I want’… approach and I want a night with you.”

In other texts that have been made public, Guzman Todd told a friend she and Cunningham were intimate in his home, which she called “weird,” according to The Associated Press.

Rapper Brags About Exploiting Unemployment to the Tune of $1.2 Million

Op-Ed: In a Normal Election Year, Biden Would Be the Laughingstock of Both Sides

Mike Huckabee: The Hunter Biden Laptop Story Keeps Getting More Disgusting Every Time We Touch It