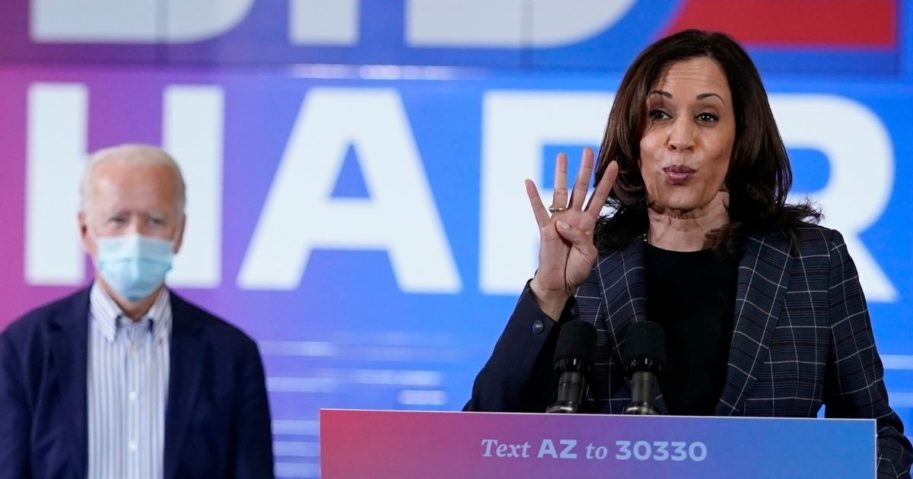 The campaign said Biden had no exposure, though he and Harris spent several hours campaigning together in Arizona on Oct. 8.

The campaign told reporters Thursday morning that Harris’ communications director and a traveling staff member for her travel to Arizona tested positive after that Oct. 8 trip.

Harris and Biden spent several hours together that day through multiple campaign stops, private meetings and a joint appearance in front of reporters at an airport.

Biden and Harris have each had multiple negative tests since then.

When President Donald Trump tested positive for the coronavirus earlier this month, Biden said Trump was to blame.

“Anybody who contracts the virus by essentially saying, ‘Masks don’t matter, social distancing doesn’t matter,’ I think is responsible for what happens to them,” he said during an NBC News town hall in Miami.

Holding up a mask, Biden declared, “I view wearing this mask, not so much protecting me, but as a patriotic responsibility.”

Much of the establishment media also attacked Trump over his COVID-19 diagnosis.

“Sick and in isolation, Mr. President, you have become a symbol of your own failures,” CNN’s Jake Tapper said. “Failures of recklessness, ignorance, arrogance. The same failures you have been inflicting on the rest of us.”

Actress Doreen Montalvo Dead at Age 56: ‘We Are Devastated’