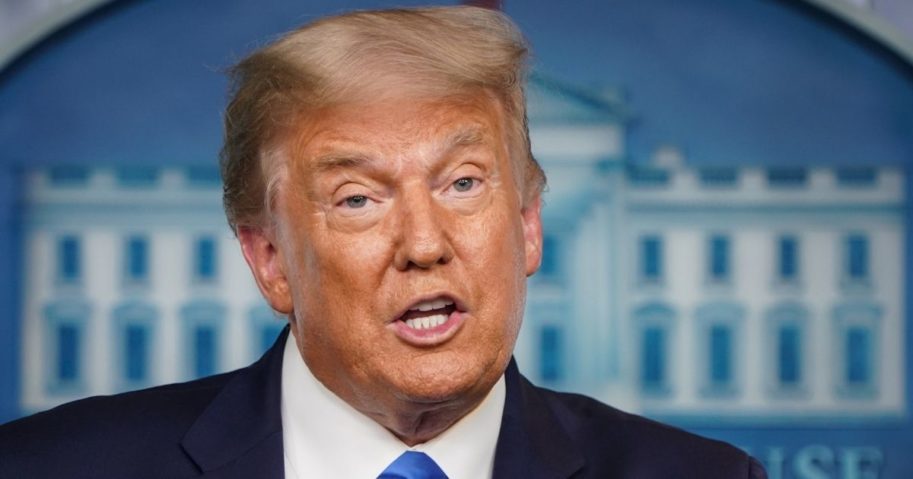 First of all, we hope you are feeling better and on your way to a complete recovery.

Over the past few weeks, you’ve been getting a lot of unsolicited “advice” from “Republicans” gleefully reported by every media outlet, including Fox.

It occurs to us that much of the “advice” is coming from people upon whom, in 2016, you opened a can of whup-ass on your way to being elected president. Most of that “advice” comes in the form of telling you what you should not do and much of that is telling you not to do what got you elected in the first place.

Back in the 1984 election cycle, some of the people around President Ronald Reagan decided to do the same thing that they are now doing to you. The response from his friends was to let Reagan be Reagan. One of those very loud friends was Nevada’s late Sen. Paul Laxalt.

It’s time for people to understand today that you were essentially your own campaign manager and you won the election by being, well, you.

I just saw Steve Hayes on your buddy Chris Wallace’s “Fox News Sunday” moaning about how you may cost Republicans some down-ballot races. He quoted some unnamed “GOP strategists.”

The truth is that many of those people are the pimps who collect money from campaigns of much less sophisticated candidates than you. (Not only are there Republican campaign pimps; there are also Democratic campaign pimps.) Their interests are theirs alone. They could care less about anything but their checkbooks.

Many years ago (1994), former Seattle wide receiver Steve Largent was running for Congress in Oklahoma. We endorsed him and he came out to our offices to ask why.

Do you think President Trump has run a strong campaign?

I told him that after he had 50,000 people in a stadium screaming his name and a $1.35-million contract (back when that was a lot of money) I didn’t think there was much in Washington that could turn his head. I was right. As an example, he only ran for re-election three times.

You, Mr. President, are Steve Largent on steroids (although I’m guessing you couldn’t match his open-field running even today). You don’t need the job; thus you can’t be bought. You understand average Americans like my neighbors and me. Despite the inferences of the left, you earned every dime you have. And you keep your promises.

The establishment hates that, including some Republicans. Or at least RINOs.

It’s time to let Trump be Trump and those of us who actually are your friends will be there to help you do whatever you think will get you re-elected. (For the record, this is an opinion piece.)

Do these “GOP strategists” have any good ideas? Well, a stopped clock is right twice a day. Your ideas are probably better. No matter what.

RELATED: Cal Thomas: Trump Has a Chance To Change the Game Now That He’s Left the Hospital

Worse than the RINOs is what used to pass for media.

Back when I got started (and you are only six years older than I) there was a — forgive me — Chinese wall between the news side of most media and the opinion side.

Today, most so-called journalists think that news exists to feed into their own opinions. The 24-hour cable channels are the worst. They need product so one of their mainstays is that they put news people on opinion shows to give their opinions as opposed to talking about the news.

And didn’t John Roberts learn to get his hair done at CNN? Or was it CBS? If he doesn’t like the White House beat, maybe he should consider returning to Canada where he was born and grew up.

When I was growing up in this business, I learned a mock-Latin phrase: Illegitimi non carborundum. Translated: Don’t let the bastards grind you down.

It’s the best advice I could come up with.

The views expressed in this opinion article are those of their author and are not necessarily either shared or endorsed by the owners of this website. If you are interested in contributing an Op-Ed to The Western Journal, you can learn about our submission guidelines and process here.

Rapper Brags About Exploiting Unemployment to the Tune of $1.2 Million

Op-Ed: In a Normal Election Year, Biden Would Be the Laughingstock of Both Sides

Mike Huckabee: The Hunter Biden Laptop Story Keeps Getting More Disgusting Every Time We Touch It