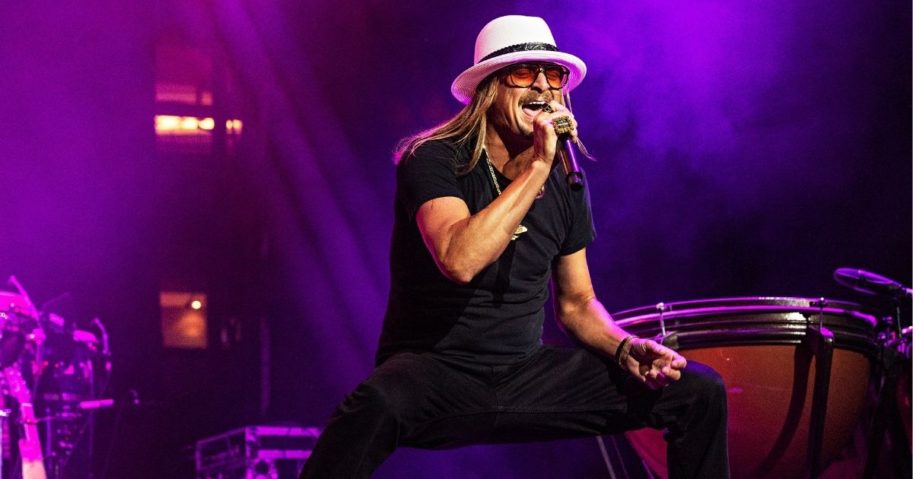 The ad features James’ accomplishments, with Kid Rock narrating as rock music plays in the background.

Kid Rock, whose real name is Robert James Ritchie, is a Michigan native who has been a vocal supporter of President Donald Trump.

Ritchie himself considered running to represent Michigan in the Senate back in 2017, but eventually decided against it.

As for the ad, it mainly paints John James as a successful political outsider running against an out-of-touch establishment politician.

“John James was successful before he got into politics rather than use politics to be successful. He wants to help others create jobs and put Michigan to work,” Kid Rock says in the ad, which James posted Thursday to Twitter.

Michigan, are we citizens or subjects?

The choice is yours… pic.twitter.com/Ul6Ui03gZO

“John James was successful before he got into politics rather than use politics to be successful. He wants to help others create jobs and put Michigan to work.”

Do you think John James will win his Senate race?

“John is the leader we need in the U.S. Senate,” the rock star adds. “It’s the warfighter versus the gaslighter. The combat veteran versus the career politician.”

James is in a tight race against incumbent Democratic Sen. Gary Peters, who has been in office since 2015.

He also is “favored” to win the election, according to the statistical analysis website FiveThirtyEight.

Despite the tough battle for James, projected high voter turn out due to the expansion of mail-in and early voting efforts may benefit him.

As part of his campaign, James has been targeting blue-collar workers, a demographic that brought Trump to victory in Michigan in 2016.

“Radical liberals like AOC back Gary Peters b/c they know he won’t stand in the way of their agenda that would destroy the auto industry,” James tweeted this week.

Radical liberals like AOC back Gary Peters b/c they know he won’t stand in the way of their agenda that would destroy the auto industry.

MI needs leadership that knows first-hand what’s at stake. There are 0 U.S. Senators who run an auto business. It’s time we add the first. pic.twitter.com/yCZS44J3b0

We are heading to Michigan to support @JohnJamesMI! Come see us this Thursday, October 29th, in Novi. Get your tickets at: https://t.co/umtykDZ426 pic.twitter.com/0QxRen1J0o

Haley has been doing campaign events for several GOP Senate incumbents, including Martha McSally of Arizona and Kelly Loeffler of Georgia.

James has a competitive battle, but he is setting a great example for future Republican candidates by running an enthusiastic campaign that goes beyond the typical style when it comes to campaign advertising.

Even if James does not win, he should hopefully continue to be an energetic conservative leader for younger voters.

Indian man comes home after being declared dead from COVID-19

Bartolo Colon preparing in hopes of one more Mets chance