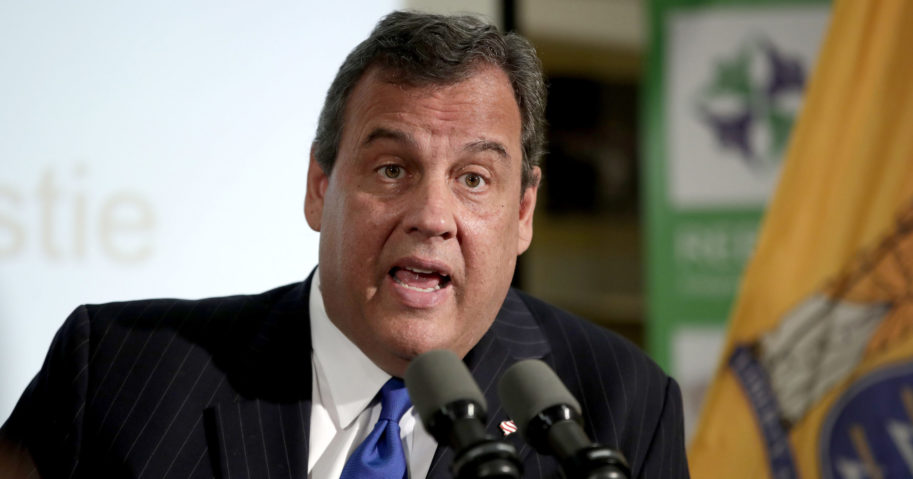 Former New Jersey Gov. Chris Christie tweeted Saturday that he’s checked himself into a hospital, hours after he announced he had tested positive for COVID-19.

Christie said that after consulting with his doctors, he went to Morristown Medical Center on Saturday afternoon. He said he’s only experiencing mild symptoms.

“Due to my history of asthma, we decided this is an important precautionary measure,” he tweeted.

In consultation with my doctors, I checked myself into Morristown Medical Center this afternoon. While I am feeling good and only have mild symptoms, due to my history of asthma we decided this is an important precautionary measure.

TRENDING: Trump Declares National Emergency After Scale of Our Dependence on China Comes to Light

The 58-year-old Christie is the latest in a string of virus cases connected to President Donald Trump’s inner circle.

Trump’s former 2016 rival told The Associated Press on Friday that the last time he was with the president was Tuesday in Cleveland during preparations for his debate with former Vice President Joe Biden.

Christie had tweeted Friday morning that he had last tested negative ahead of Tuesday’s debate and was not having any symptoms then.

In addition to Trump and First Lady Melania Trump, multiple people who have traveled with the president or attended events with him over the last several days have contracted the virus.

Opinion: CNN’s Home Page Could Be a Major Clue That Trump Is Winning 2020