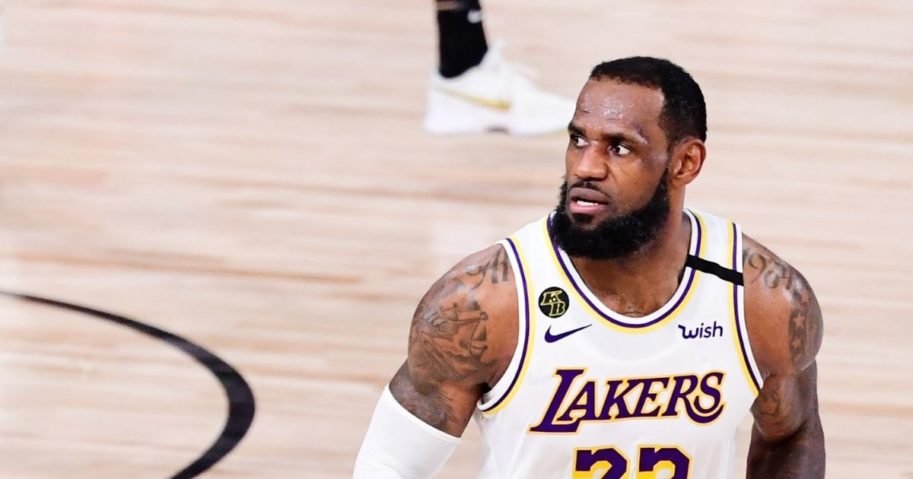 An advertisement exposing NBA star LeBron James’ silence on human rights abuses in China was reportedly refused by a billboard company over fears the sign would anger the basketball player.

The ad, created by the National Legal and Policy Center, was to be posted earlier this month near the entrance to the NBA bubble in Orlando, Florida, according to the New York Post.

Riffing on James’ refusal to call out injustices by the Chinese government, the ad features his picture with the country’s red banner blocking his mouth.

A simple message, “Silence is violence,” accompanies the picture.

That’s where the trouble started for the NLPC.

“We cannot accept the ad as it is right now,” a representative for billboard company Outfront Media reportedly told NLPC. “The Chinese flag is Ok, and the silence is violence is ok.”

The problem was with James’ image, which Outfront refused to publish in the attack ad.

With the ad’s planned location being so close to the bubble, it would have certainly been seen by the NBA superstar.

Several different versions of the ad were delivered, but the media company rejected every single one. Eventually, Outfront dropped contact with the advertising company behind the billboard’s design.

Should this ad be allowed to go up?

“They just stopped returning our calls and emails,” Tim Cramer, an executive with the advertising firm Mosaic, told the Post.

“They thought that we were singling him out and were afraid that the ad would hurt LeBron’s feelings. But we were never going after LeBron James the person. We were going after his brand.”

The physical billboard appears to be the latest attempt by the NLPC to advocate for the freedom of people living under communist rule in China.

Started in August, the Freedom4China campaign delivers targeted advertisements through social media directed towards NBA stars and the Orlando bubble.

The Asian superpower has been a lucrative source of income for the NBA, with league officials and players bending over backward to avoid offending the delicate sensibilities of the censorship-loving Communist Party.

James and other stars found themselves in the center of a firestorm last year after refusing to condemn China for the country’s creeping totalitarian takeover of Hong Kong.

The issues with China range from human rights abuses in Hong Kong to outright slave labor and cultural genocide.

With world focus again returning to China and its misdeeds, it seems LeBron James will have to publicly face his stance on communist brutality sooner rather than later.

Iowa man accused of biting off another man’s nose in wild...